At our first meeting since the Covid shutdown, Gary K. and Mike S. were awarded the BCCI long distance award for driving their cars more than 1000 miles/1600 km. They both easily made the grade and were congratulated on driving their cars all summer long. 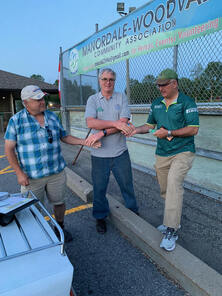 ​Our second meeting of the post-Covid break was held on a wonderful sunny evening. Congratulations to Paul W and Chuck H. on their induction into the the Order of British Car Enthusiasts, which recognizes their ongoing contributions to the OVTC. 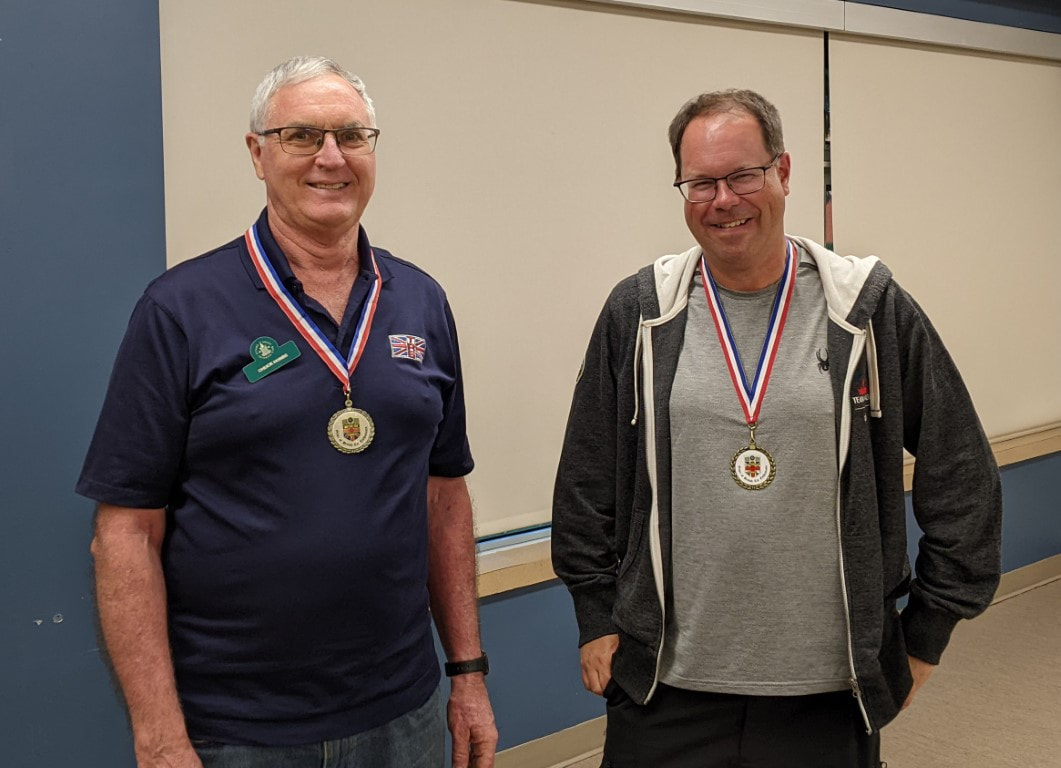 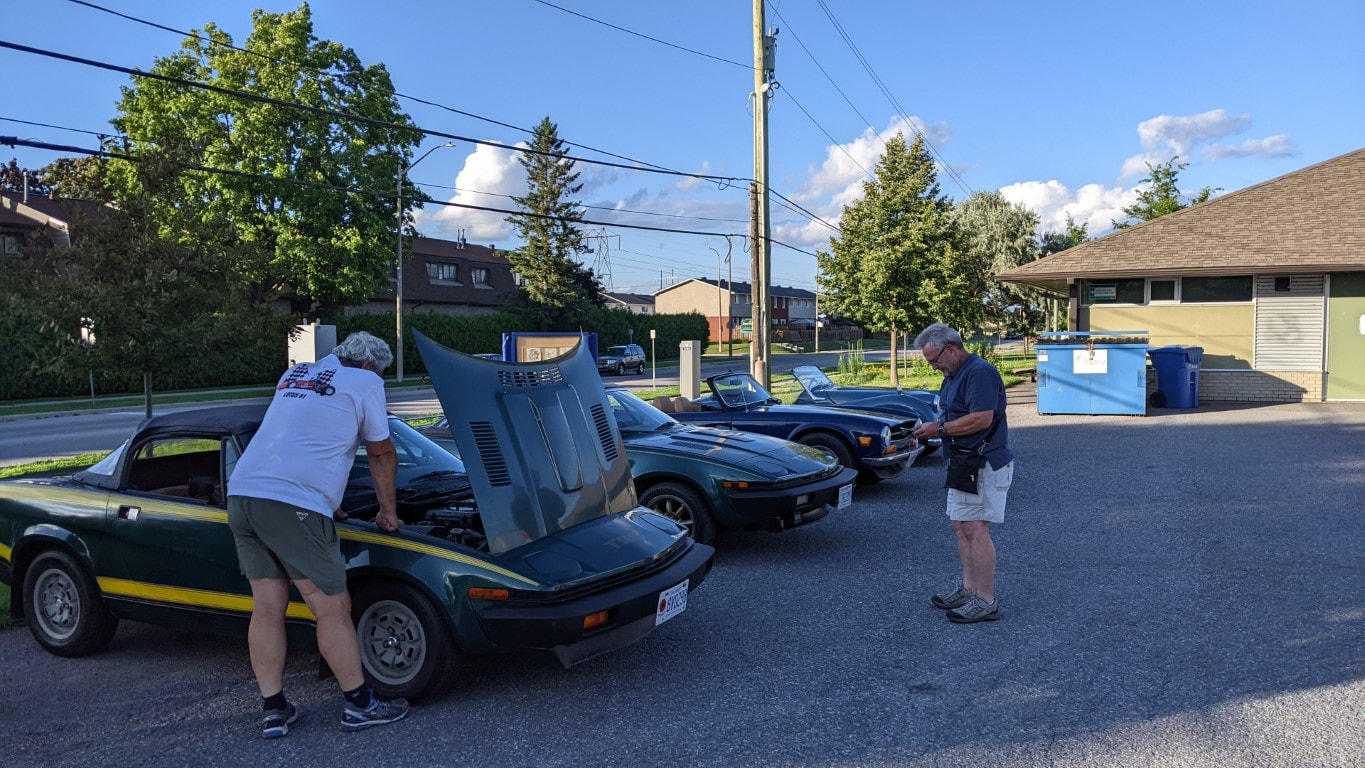 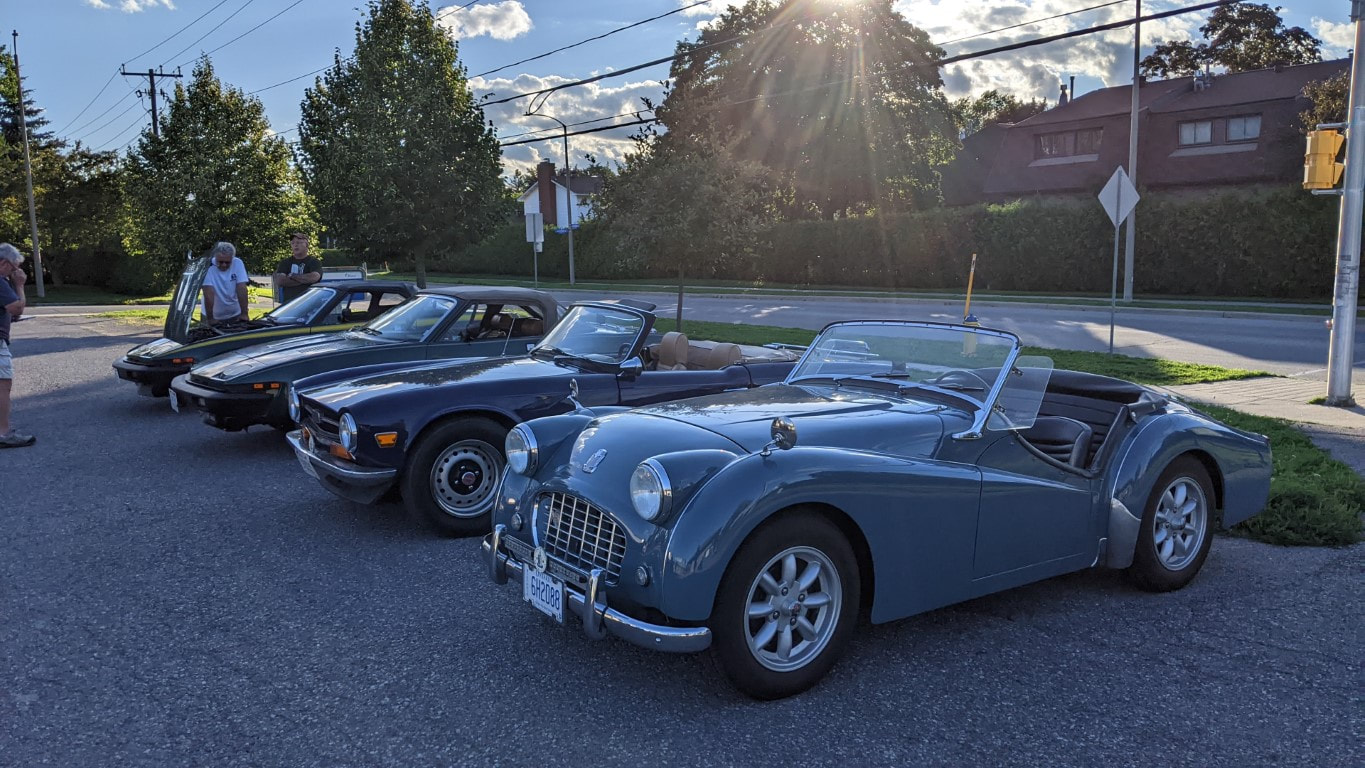 Claude and Nicole G. and Mike and Marjorie G. represented the club at the British Car Display at the Glengarry Highland Games this year. Great day for a drive and a chance to renew some acquaintances. 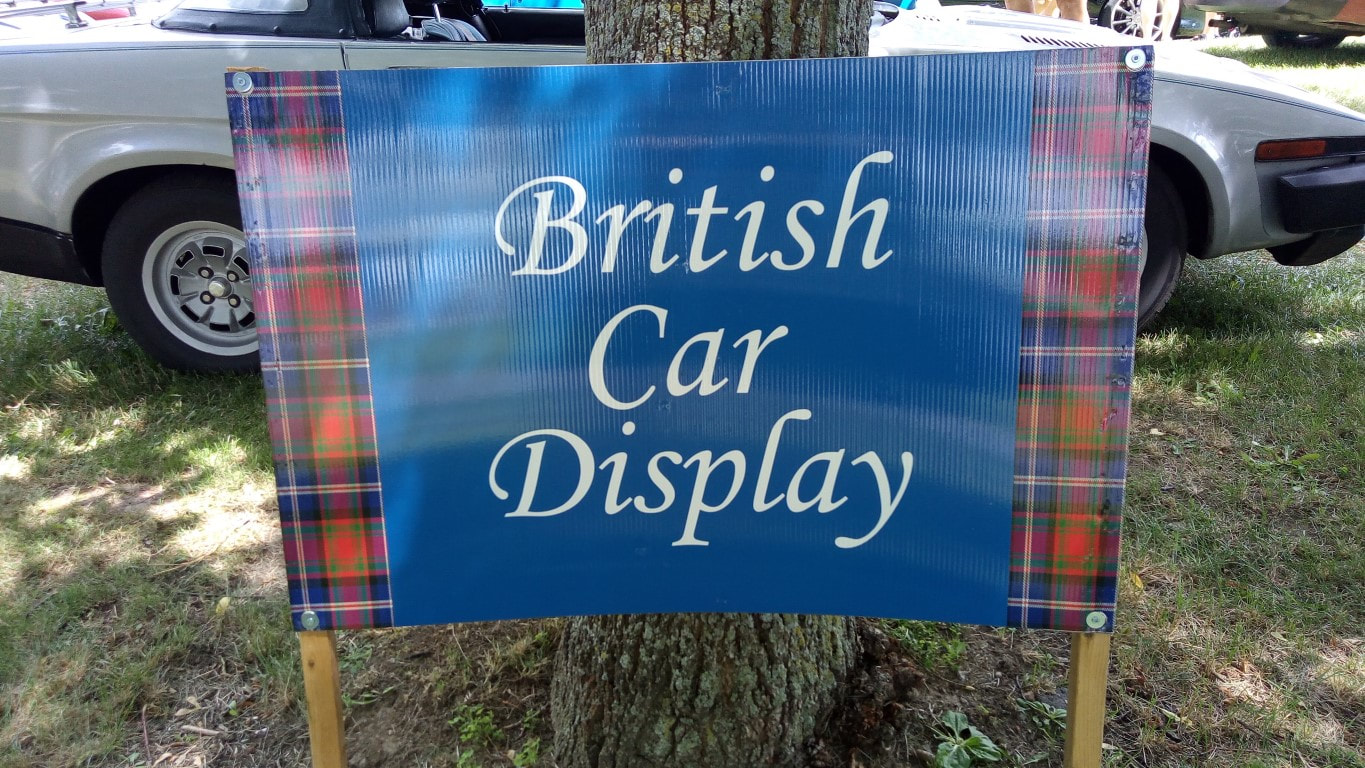 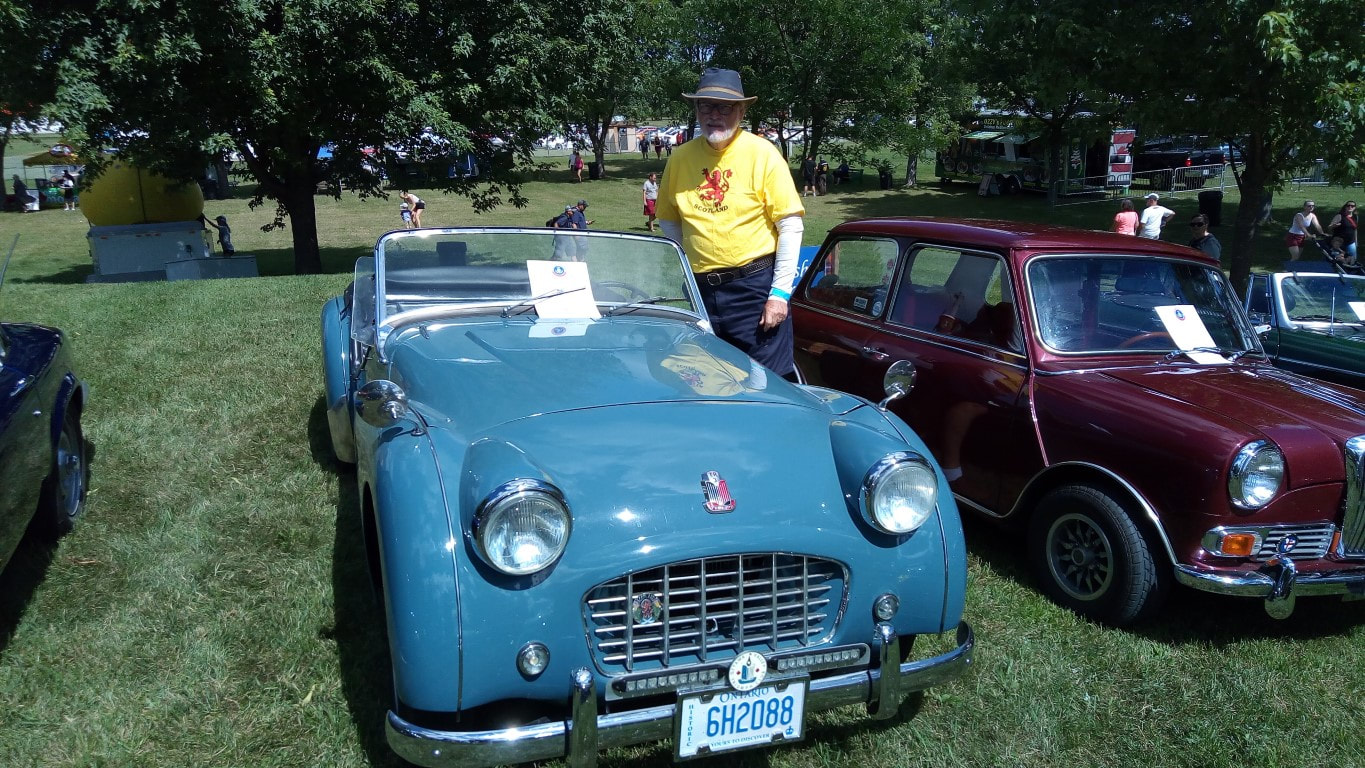 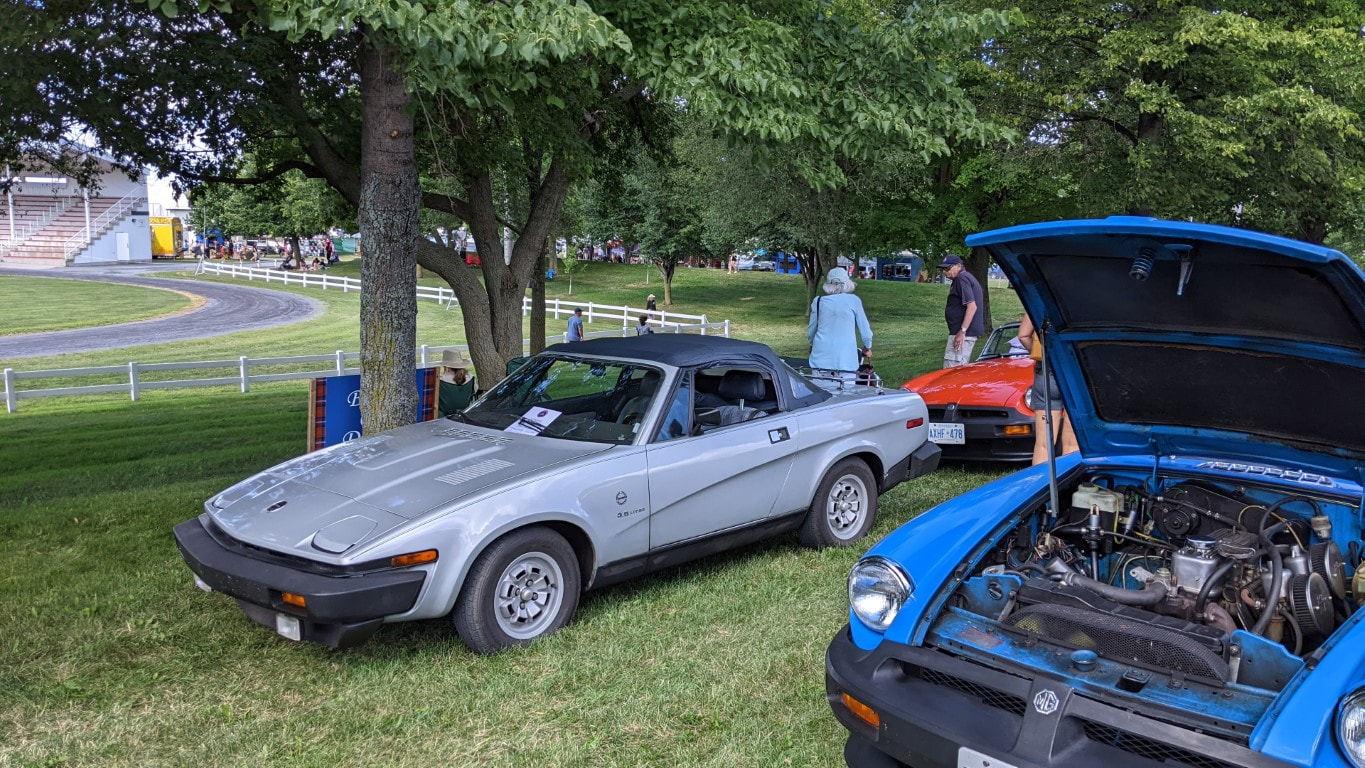 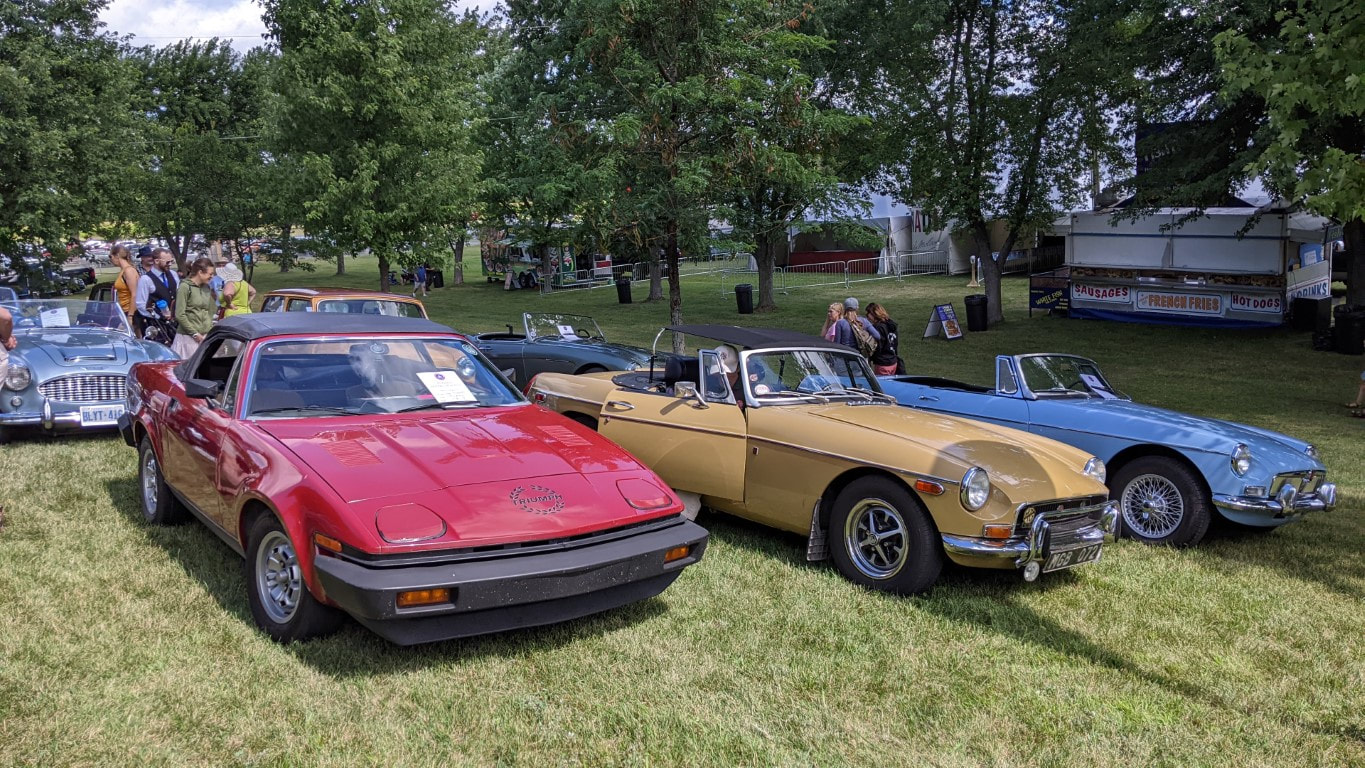 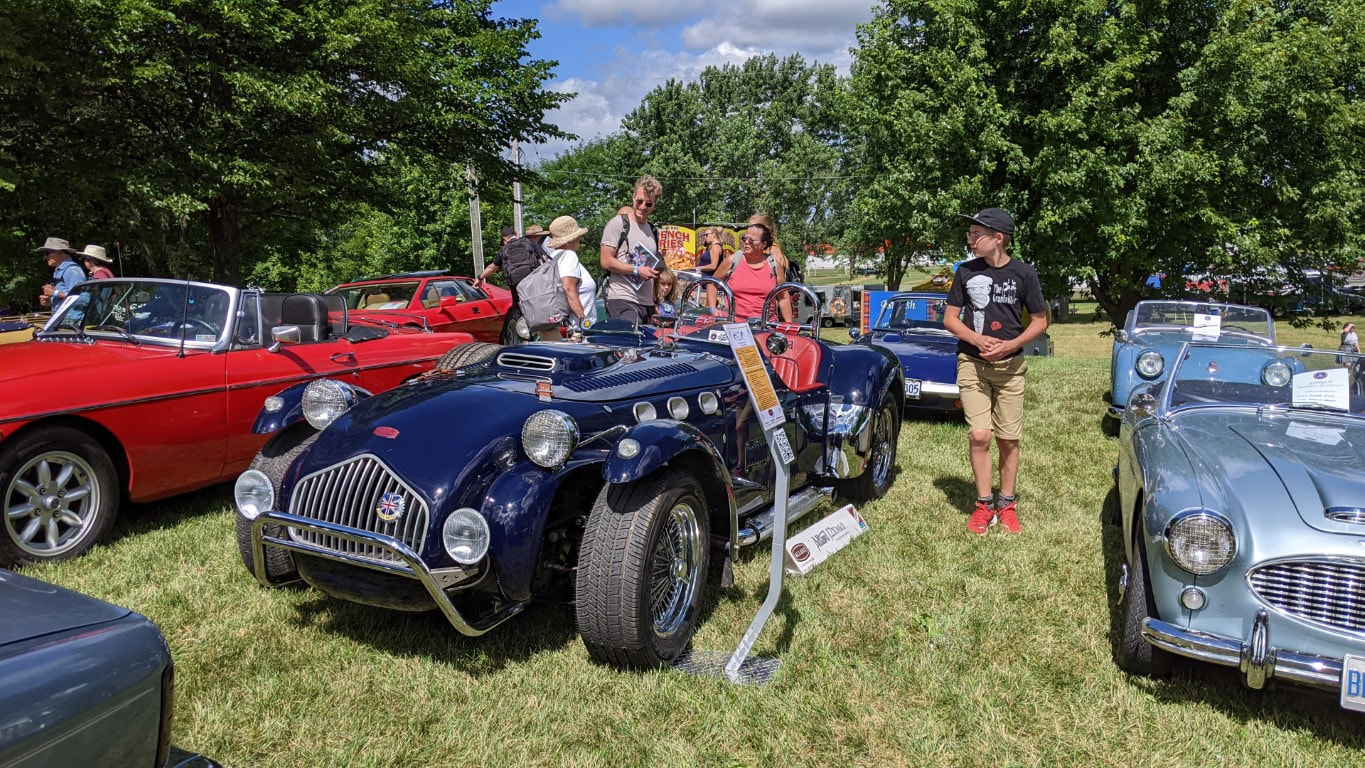 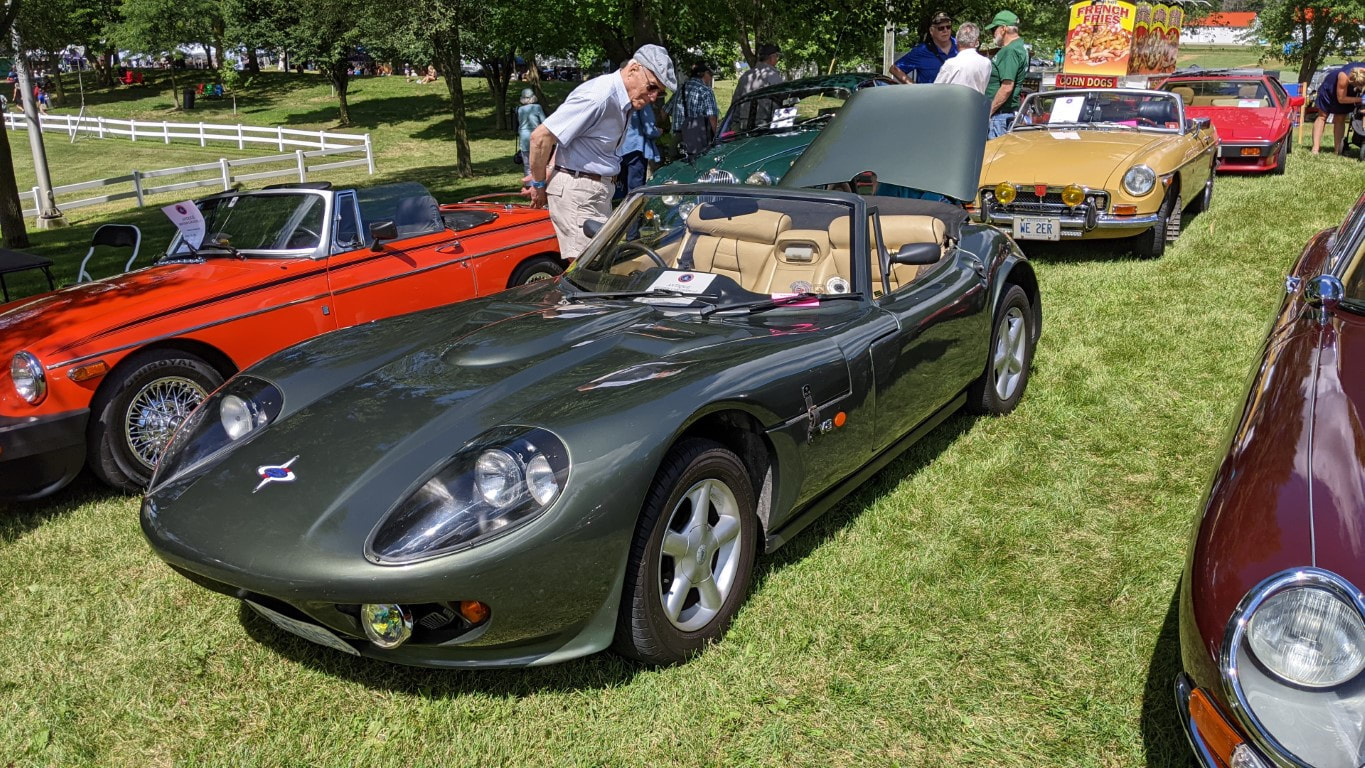 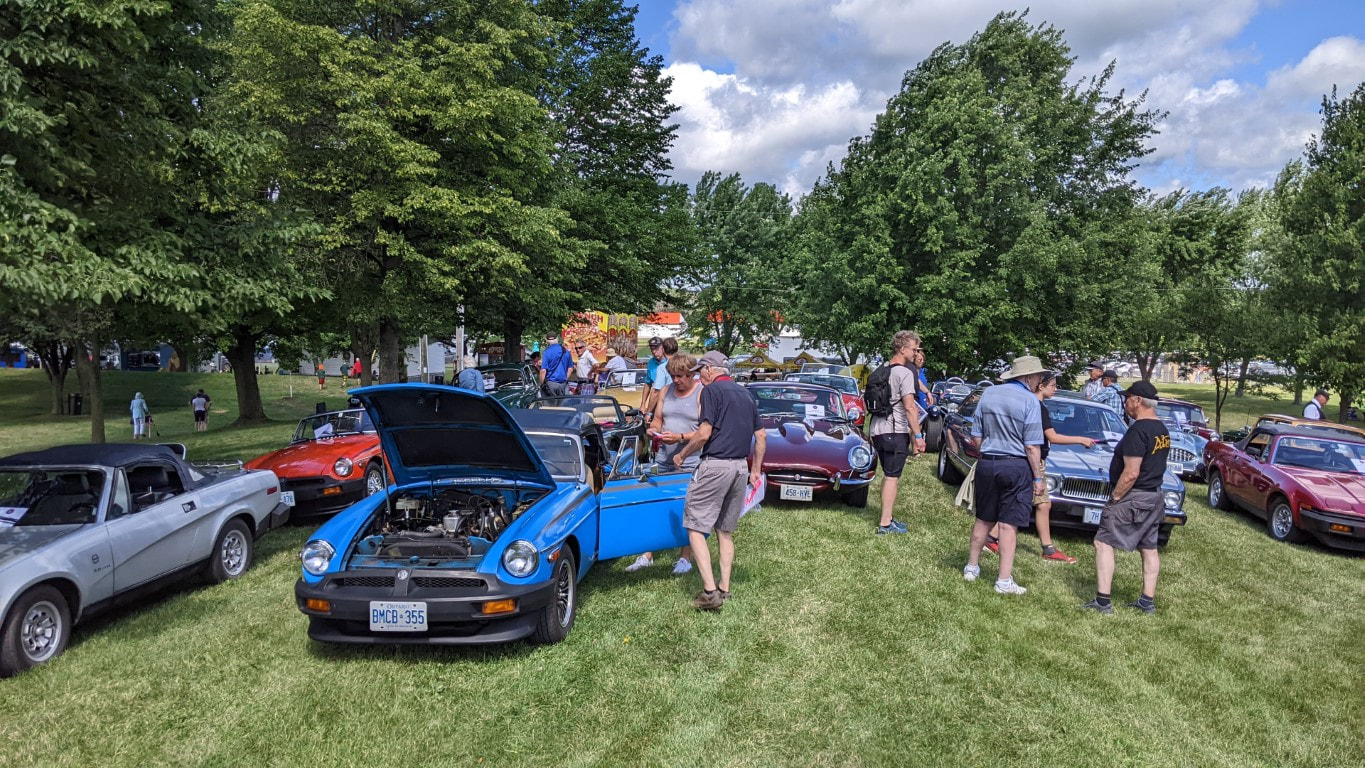 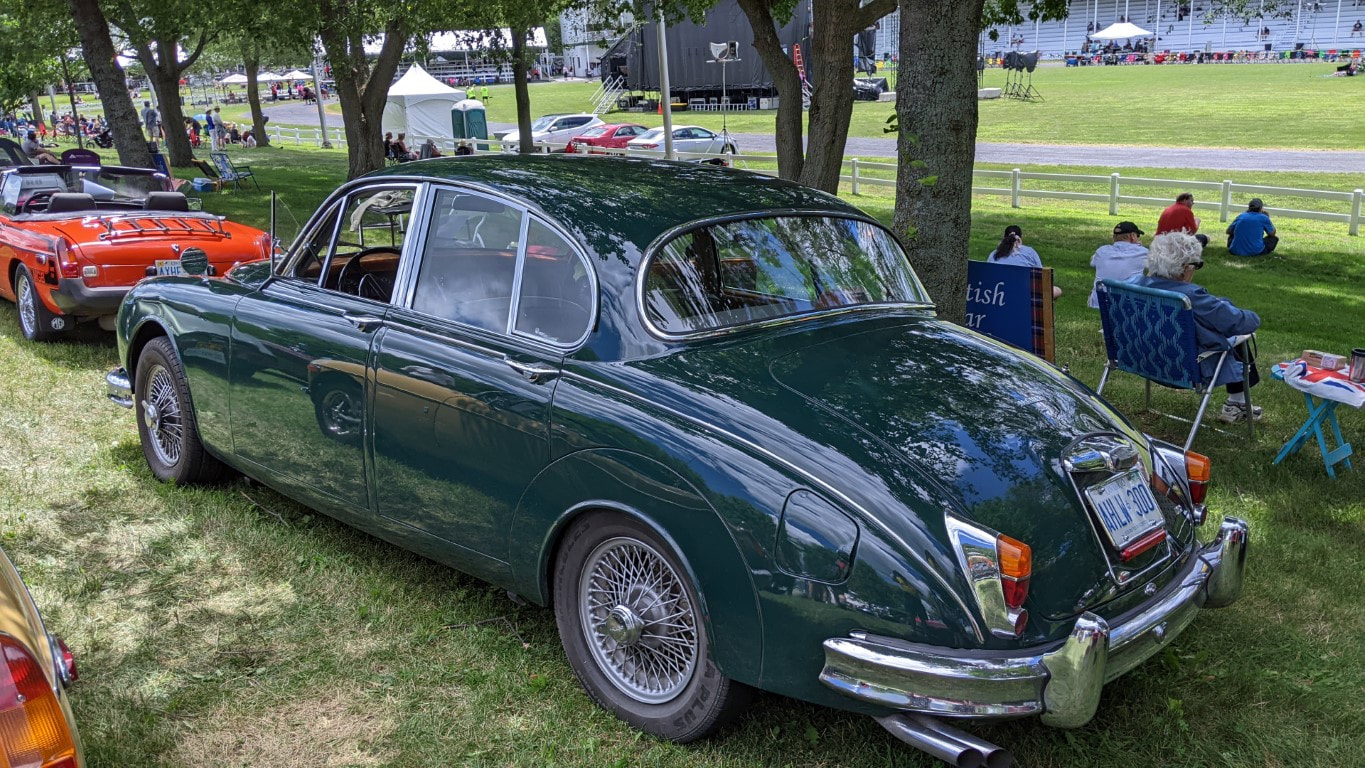 Club President Chuck Hobbs hosted a garage tour at his home in Orleans to display Mike Solonynko's new RATCO TR6 frame, and to demonstrate the progress of his own TR6 restoration. A total of 9 OVTC members attended this interesting and informative session.

The primary appeal of a RATCO replacement frame for a TR4A/5/250/6 is that it is a cost effective way to replace a damaged or rusted frame with one that is of heavier construction and engineered with reinforcement at known weak spots in the original design. They are powder coated outside and injected with closed cell foam in the boxed tube rails for rust protection. A welcome byproduct of a more rigid frame, is a marked improvement in ride and handling. RATCO also supplies suspension improvements to take full advantage of their new frame.

Mike's RATCO frame is being temporarily stored at Chuck's garage, and Chuck demonstrated how he has been using it as a template to determine where the frame of his project TR6 is out of spec which makes it impossible to mount the body shell correctly. Chuck also showed us the progress he's made with restoring the body shell, along with the differences between the stock wiring harness and the uprated one he bought from Dan Masters to install in the car.

Mike Solonynko gave a brief demonstration of how the trailing arm repair kit from Patton Machine works to install either Helicoils (acceptable) or Keenserts (preferable because they lock in) into the aluminum trailing arms of a TR4A/5/6. This can literally be a life or death upgrade because all that holds the hub and brake assembly to the trailing arm is 6 fine thread studs in an aluminum casting, which can, and often do, fail over time causing the wheel and hub assembly to separate from the car. The Patton Machine kit consists of a clever template and drilling guides which Mike has offered to loan to any club member wishing to use it.

The OVTC thanks Chuck for hosting this garage tour and for making a lot of valuable information available to those who attended. 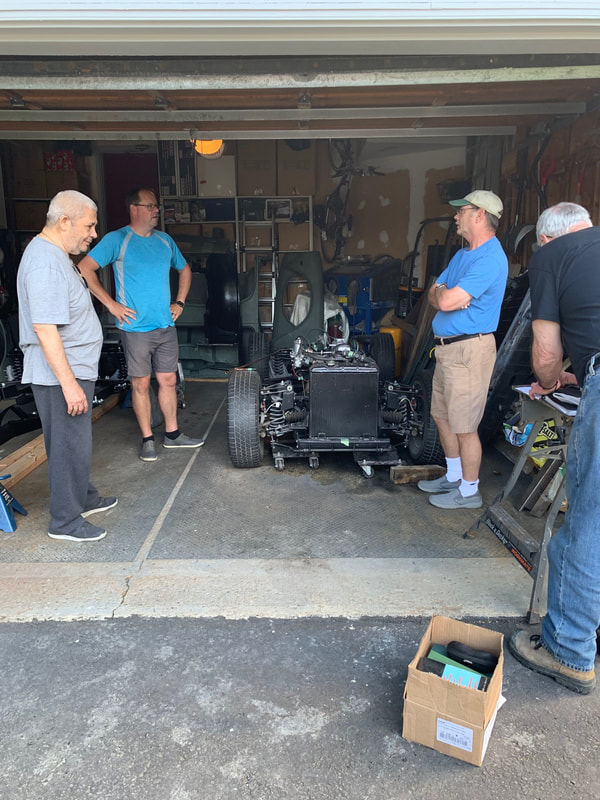 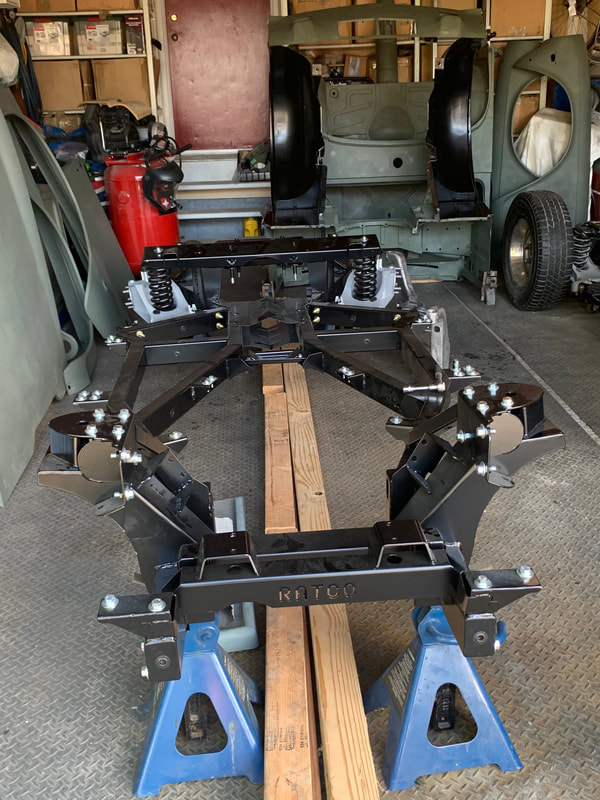 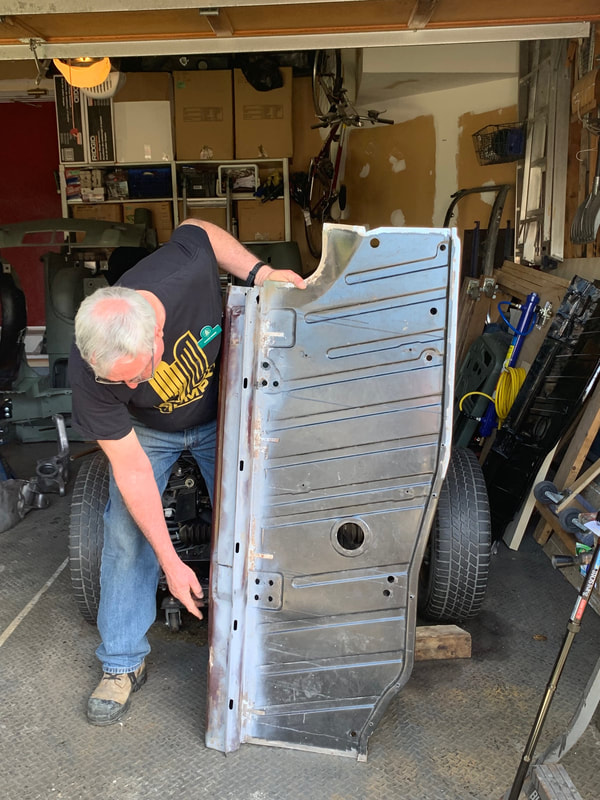 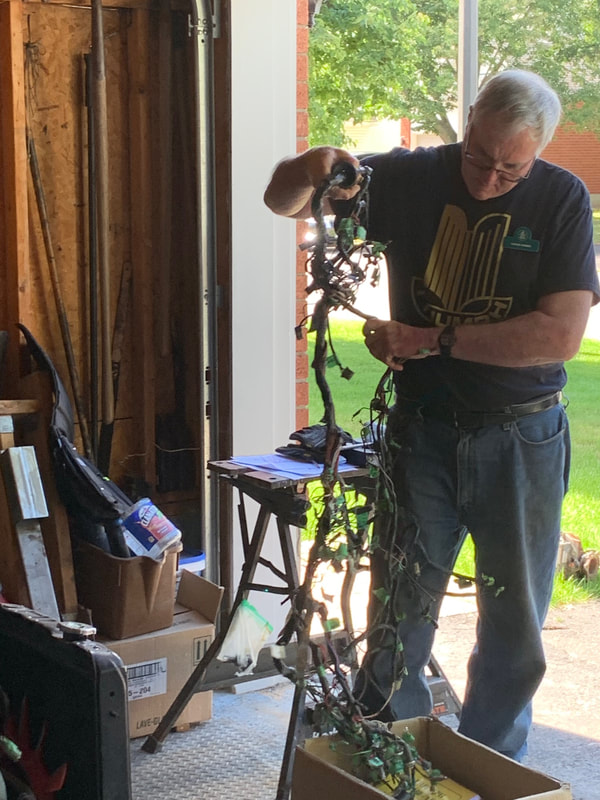 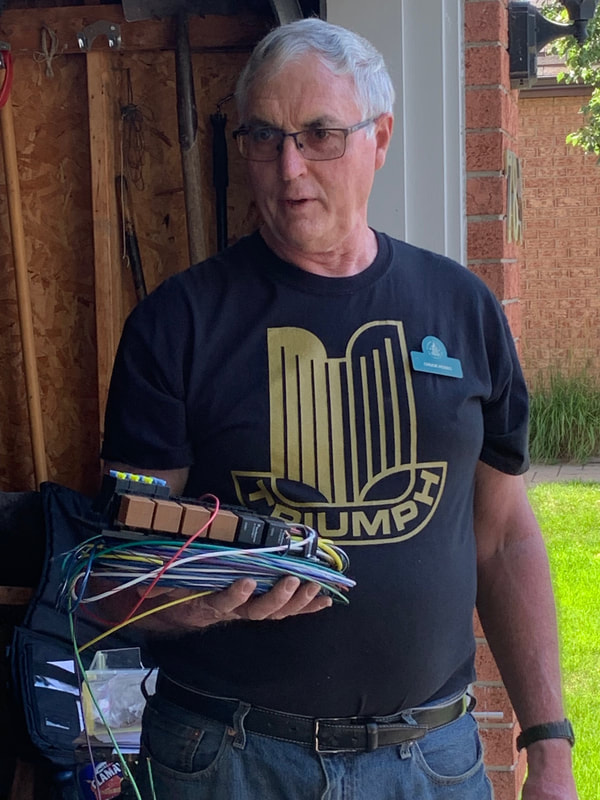 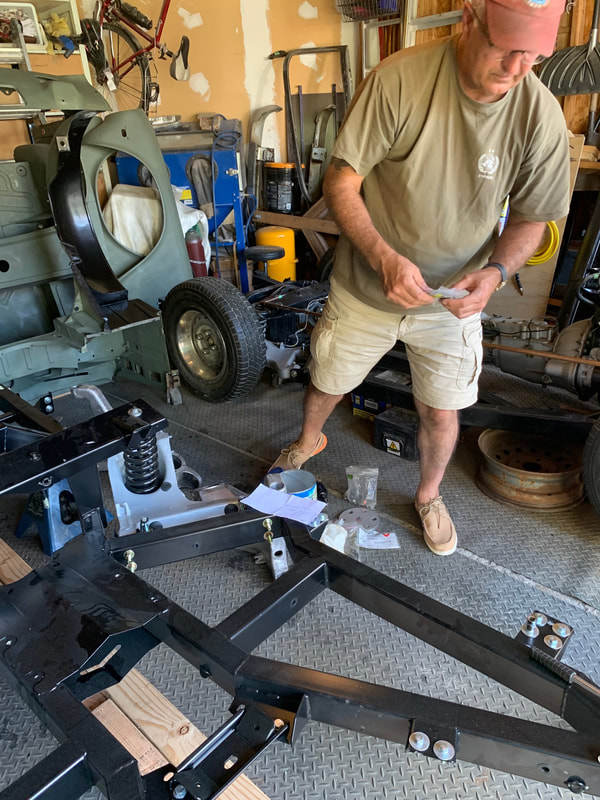