Bob Thomas and David Huddleson attended the Wedge Gathering in West Dover, Vermont this year for the first time since the inaugural event in 2019. ​The Gathering, which is run by TWS Motors (formerly The Wedge Shop), is open to all sports cars, but is attended primarily by TR7s and TR8s. The business focus of TWS Motors has expanded to include Land Rovers and any Rover engined vehicle, so this year there was an off road adventure course set up as well as the usual road events.

Because The Wedge Gathering was cancelled by Covid in 2020, and the US border was closed to us in 2021, we eagerly anticipated this year's event with the chance to renew old friendships and make new ones. That anticipation was somewhat dampened by continuous rain showers from the time we left North Augusta, Ontario at 8:00 am on June 9, through upper New York state to the Vermont border. Contrary to the reputations of Lucas and Triumph, the lights and wipers worked perfectly, and our TR8s stayed warm and dry right up to our arrival at the Kitzhof Inn in West Dover around 3:15 pm.

The rest of the afternoon was spent washing cars, kicking tires along with greeting new arrivals, and we were pleasantly surprised to see OVTC members Claude and Nicole Gagne in their TR8 among them. Our first evening together was capped off by a feast of barbequed ribs and chicken prepared by the Kitzhof Inn owners Simon and Alison.

Friday morning dawned partly cloudy on 18 TR7V8s and TR8s, 3 Land Rovers and 1 Hillman Imp in the parking lot as we enjoyed a hearty breakfast prior to starting the day's events. The longest distance travelled this year was again a TR8 Coupe from Alabama, followed by a TR7V8 from Ohio and a much modified TR8 that was trailered up from Maryland. In keeping with their performance reputation, most of the Wedges had drivetrain, suspension and/or body modifications to suit the owners tastes with only one being in stock configuration. Among the 4 "top dog" cars, 1 was methanol injected, 2 were turbo charged and 1 used "old school" performance tricks. All were capable of producing around 400 HP at the rear wheels, which is a lot in a short wheelbase car, as one driver found out after a snap spin that damaged an oil cooler fitting (and maybe a little pride).

The Friday activities included a tour through the back roads of Vermont with a lunch stop, and an off-road trail adventure guided by a local Land Rover club member.

As Bob mentioned, the Wedge Gathering has expanded its focus as the event sponsor, TWS Motors, have expanded their own business. That means that the Wedge Triumphs are no longer the only focus of TWS. TWS try to cater to many lines of the former British Leyland empire, but more specifically they are "leaning" to those using variants of the Rover aluminum V8 engine. The largest community they hope to engage are the Land Rovers, up to year 2004, before BMW exerted their influence on Land Rover. So, back to the "Gathering", the invitation was extended to Land Rovers this year, and we had a Disco I, a Disco II and a P38 Range Rover in the parking lot of our North Dover ski lodge. An organized off-road session was planned from the beginning, and a local Vermont Series II 88" Land Rover led this event. On the Thursday afternoon, David noticed Jeff Aronson unloading a red Disco I in the parking lot, and he asked Jeff why he was driving "his" Disco…. Jeff looked puzzled, but then asked "oh, do you own one like this", and David recounted how he did own one several years ago. Jeff asked if he would like to ride along on the Friday morning Rover off-road, and David decided… WHY NOT!

So while David decided he would take a break from some Triumph driving, he expected to relax in the passenger seat of Jeff's Discovery. Well, Friday morning arrived with more great weather, and Clint Cooper came asking David if he wanted to actually drive one of the Rovers, as there may be one available without a driver.  Duh, what a question! Sure, why not. The Triumph driving tour and the Land Rover group left the Kitzhof Inn together, and when we reached Bridgewater Corner, the Triumphs turned left, and Glen Parent led the group of Rovers to the right! We fueled up the Rovers and Glen led us first to his home where we toured his collection of Land Rovers and projects in various states of disassembly. Before we got too overwhelmed, Glen led us off to a dedicated trail where we headed into the woods and hills in our collection of vehicles. David drove a 1998 Range Rover 4.6, with a Discovery II behind him, and Jeff's Discovery I in front. Glen explained the type of terrain we were about to experience, and calmly explained that he was not going to take us on anything extreme. That was completely true, and the many off-road newbies were totally impressed with how capable the shiny newer Rovers were crawling over rocks, and climbing fairly steep and rugged slopes with ease. No vehicles were scratched, dented, broken or even needed to be towed out. After a couple of hours of careful off-roading, the Rover group drove back through the scenic Vermont roads to rejoin the Wedges for some parking lot beverages, before heading out for dinner in North Dover that evening.

At the same time, Bob, Claude and Nicole joined the backroads tour through rural Vermont that included a lunch stop at the Long Trail Brewing Company in a beautiful outdoor dining setting by the Ottauquechee River before returning to the Inn. Supper that night was at a local restaurant followed by an evening of socializing back at the Kitzhof Inn.

Saturday brought sunny weather for another "spirited drive" on the beautiful roads of southern Vermont, then on to Wilmington for a downtown car show, just off a street full of shops to explore prior to supper at the The Anchor Seafood Restaurant. The restaurant is housed in a heritage building, and some of our group were lucky enough to dine outdoors on the second story balcony.

Sunday morning brought an end to this year's Wedge Gathering, and following breakfast, the group dispersed for home amidst promises to meet up again next year. The trip home was uneventful, with only a few drops of rain and a 5 minute wait at Canadian Customs. Our cars are the common bond, but it's the people and the friendships that bring us together.

To paraphrase the Terminator, "we'll be back"! 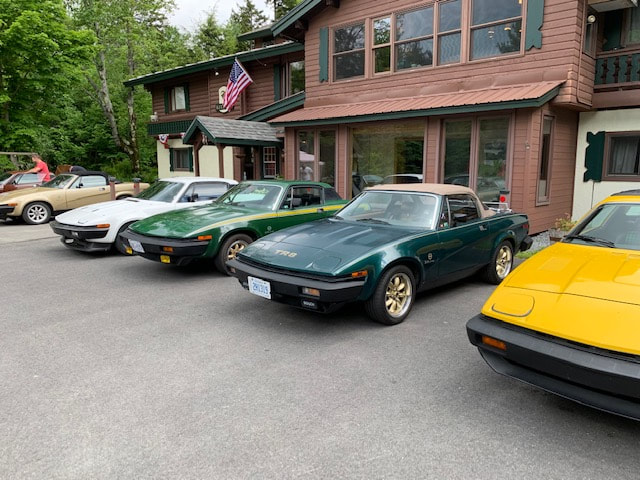 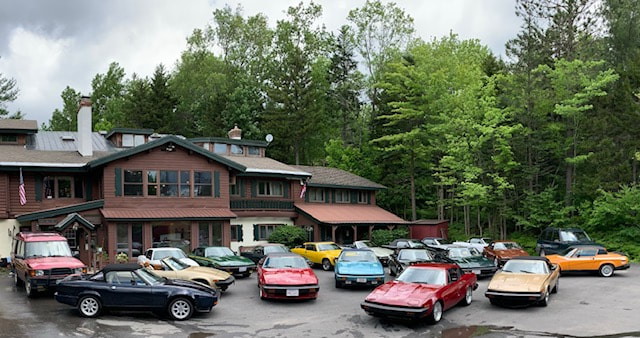 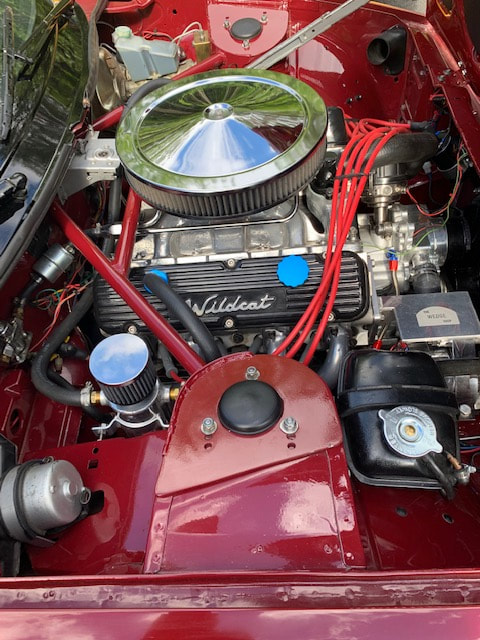 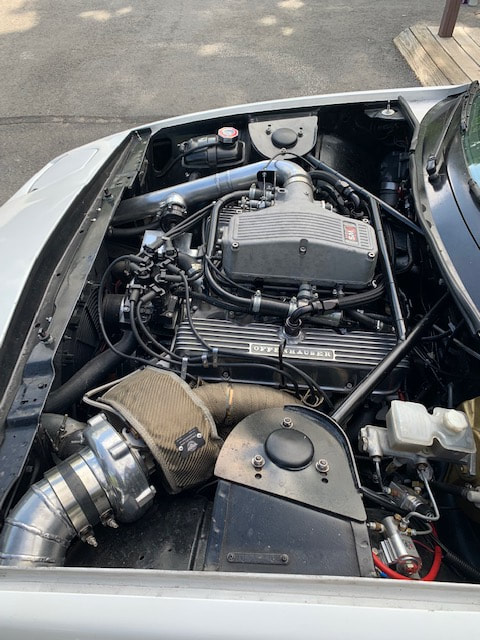 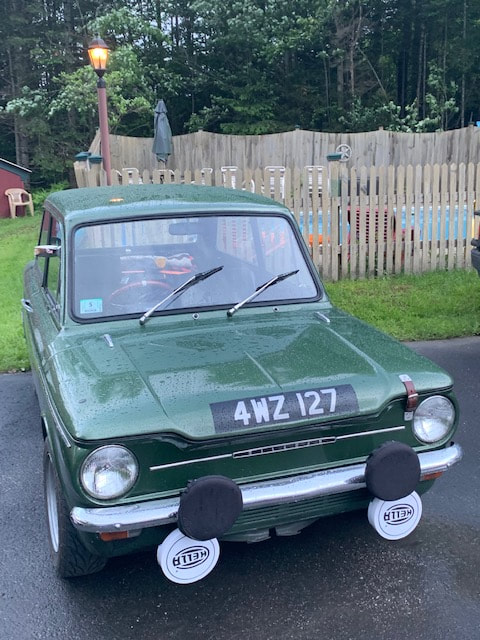 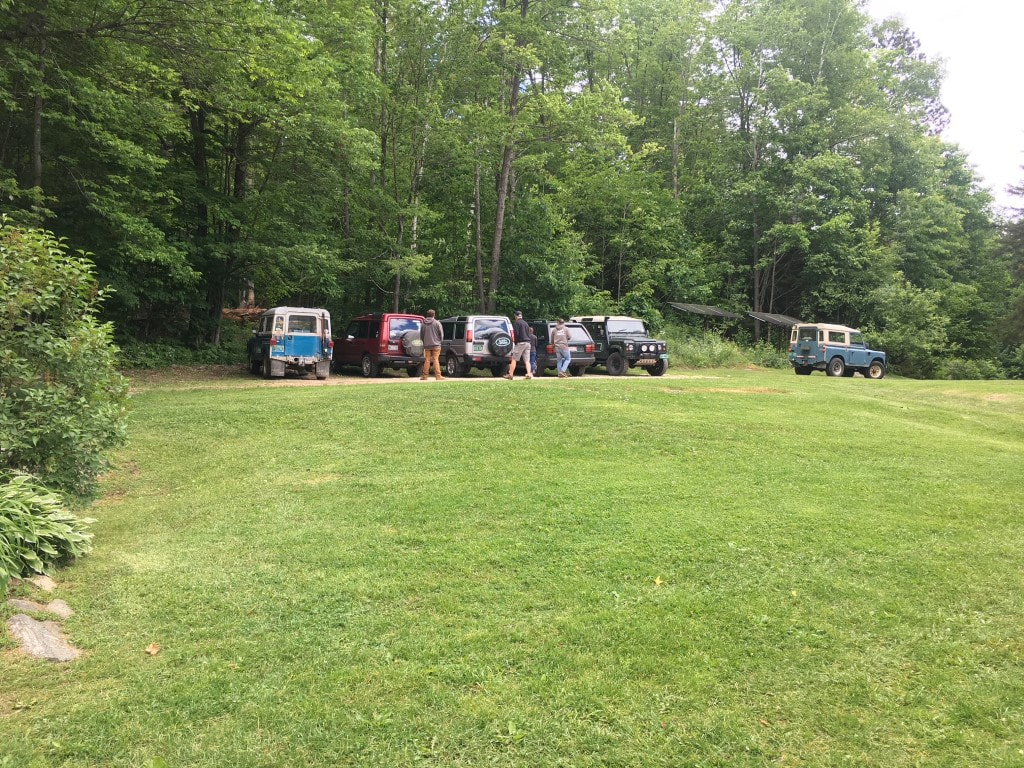 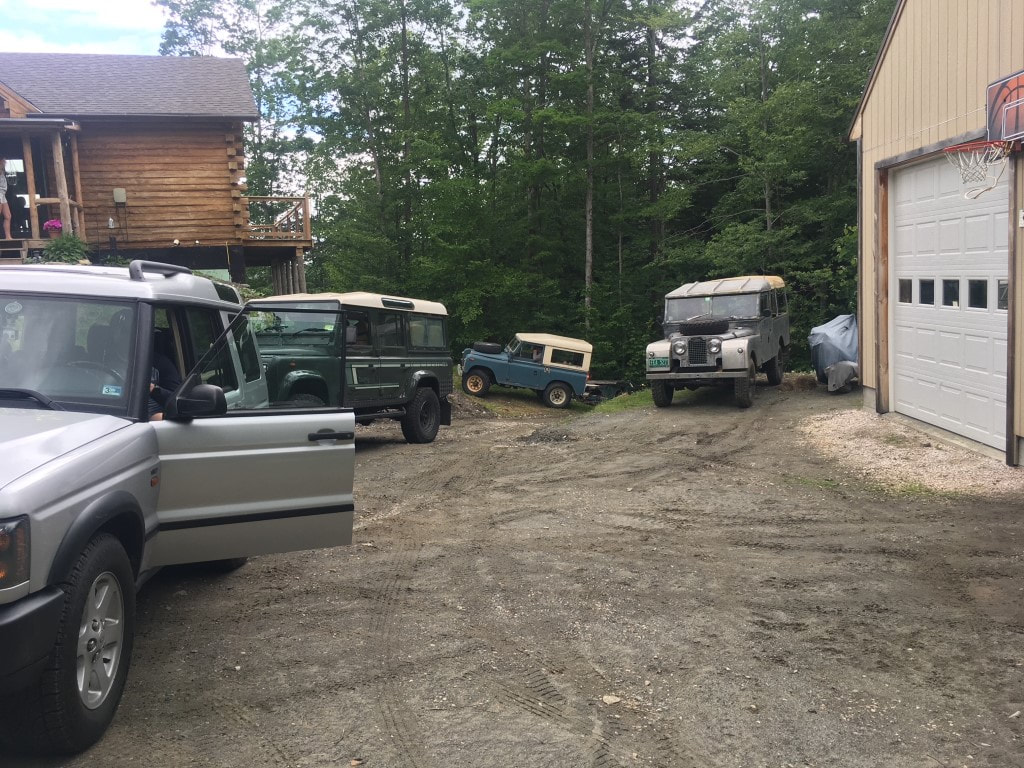